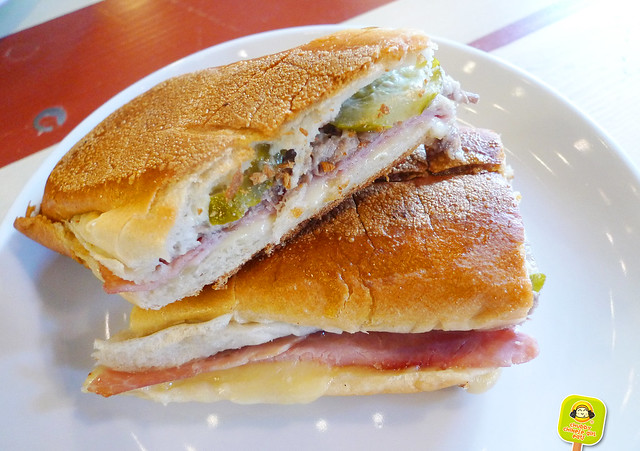 Dear Food Diary:
I’ve never been a big fan of Cuban sandwiches until this past Saturday. I took at bite at The Cannibal’s Pigs Head Cuban Sandwich and wow, a flavor explosion. Hands down, the best Cuban Sandwich I’ve ever had.

The Cannibal at Gotham West Market surprised us with a brunch that went beyond eggs and toast. I want to make this my usual, regardless of what my doctor might say. 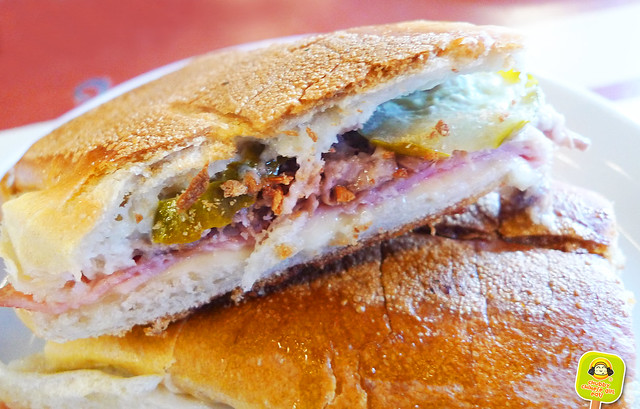 Pigs Head Cuban
This was a mouthful of uninterrupted pleasure. The warm, perfectly crusty bread. Melted gruyere, tangy mayo, ham and that amazing pigs head terrine. Warm and fatty, melted in my mouth like a chunky bone marrow with bits of deliciously tender meat and what have you.

Everything oozes out when you bite, in a rich, dreamy slow motion kind of way. Sure, it was a little bit messy but who on earth cares, I would lick the napkin if I had to. (I did lick my hands at some point, but that’s completely normal right?).

My only minor complaint was the slightly soggy pickles, a little more freshness and crunch would of added another layer of amazingness. But who am I kidding, I just want to go back for more.

I rarely go bananas over a sandwich but this my dear Chubby friends is not to be missed. 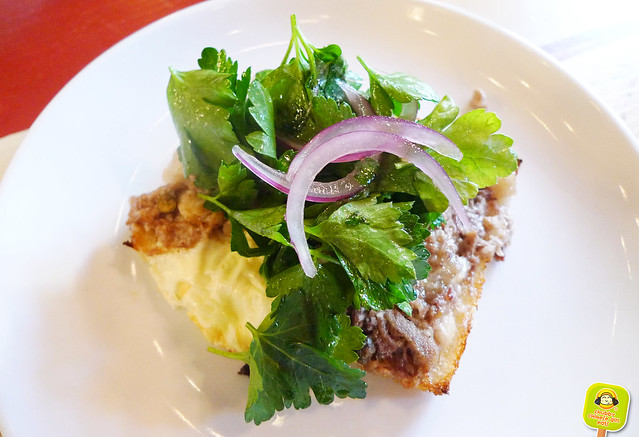 Tete de Cochon Toad in at Hole
StalkerBoy ordered this bad boy. Open faced sammy with the same pigs head goodness topped with an fried egg. A little citrus on top to perk things up – parsley and red onions. Another fantastic choice, specially with the runny egg over the unctuous pork fest. As good as it was, the Cuban won over StakerBoy as well. He stole almost half of my sandwich. 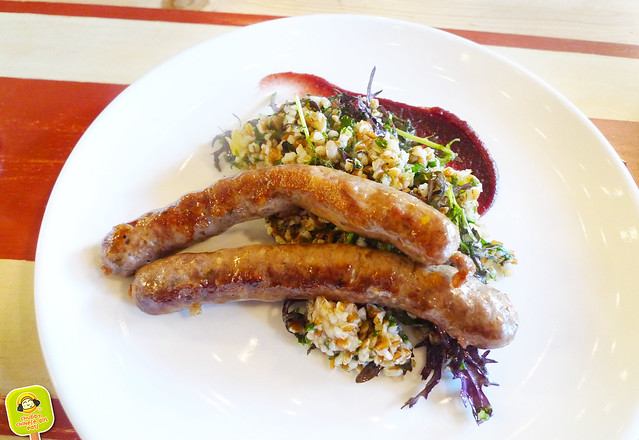 Lamb and Gruyere Sausage
Jo really enjoyed her lamb over bulgar salad, arugula and cranberry sauce. As pretty as it looked I didn’t try it since I don’t really eat lamb (expect when I was in Turkey). 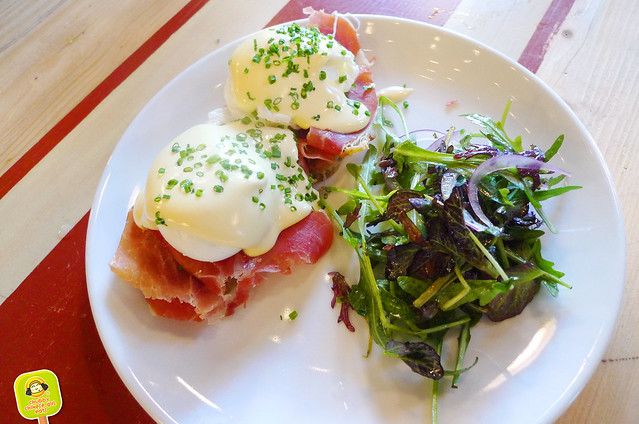 Eggs Benedict
I was eating a lot of eggs at home last week, therefore brunch was my eggscape. But C had his egg fix with prosciutto. I’m not sure if he ordered a la carte, but I couldn’t find it on the menu. He did spend a good amount of time ordering while Jo and I went to get Blue Bottle Coffee. Regardless, it was a beautifully prepared dish.

Another great meal at Gotham West Market. I’m beginning to really like starting weekends there, El Colmado was a hit and this was just as good. There’s a few more spots to try but so far it hasn’t disappointed.

The Cannibal has now been added on my list of good eats with that Pig Head Cuban Sandwich.